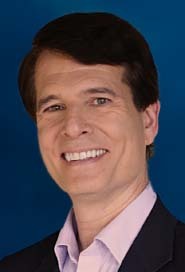 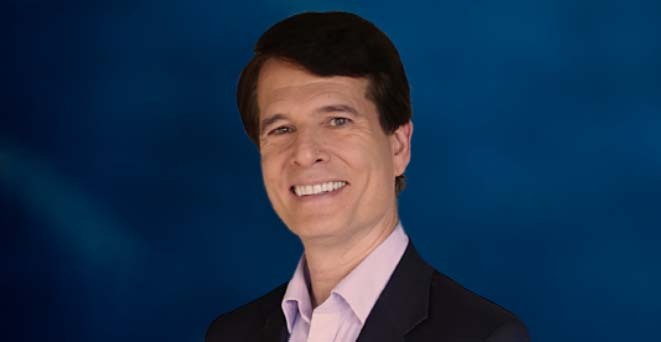 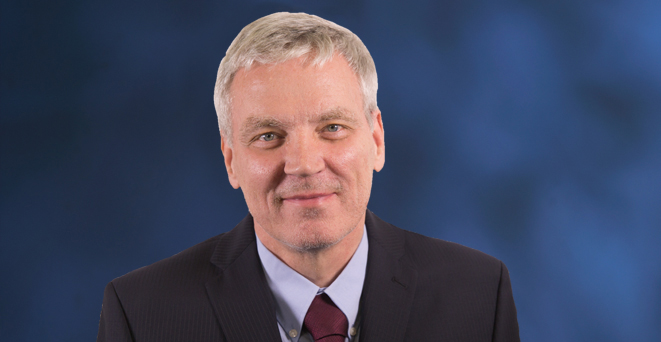 Burkhard Blank, M.D. has been Chief Medical Officer (CMO) at Acorda since July 2016. In January 2016, Dr. Blank was engaged by the Company to assume chief medical officer responsibilities on an interim basis.

Dr. Blank has more than 25 years of industry experience, and previously served as CMO for several biopharmaceutical companies, including Boehringer Ingelheim (BI). While at BI, he oversaw the submission of five New Drug Applications (NDAs) and had direct responsibility for all aspects of presenting at two U.S. Food and Drug Administration (FDA) Advisory Committee Meetings; subsequently, all five NDAs received FDA approval.

Dr. Blank received his medical degree from Universitaet Marburg, Germany. He is board-certified in Germany in internal medicine. 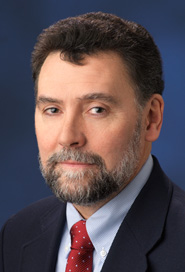 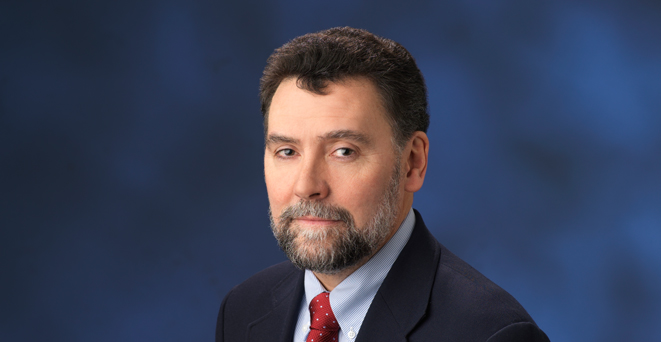 Andrew R. Blight, Ph.D., has been Chief Scientific Officer at Acorda since January 2004. He served as Executive Vice President, Research and Development, from 2000 to 2004, and Vice President from 1998 to 2000. Before joining Acorda, Dr. Blight spent approximately six years as Professor and Director of the Neurosurgery Research Laboratory at the University of North Carolina at Chapel Hill. He held prior academic positions at Purdue University and New York University.

Dr. Blight is a leader in spinal cord injury (SCI) pathophysiology research and has made several important contributions to the field, particularly on the role of demyelination in SCI. He also pioneered the therapeutic application of 4-AP in SCI animal models and in human clinical trials.

Dr. Blight received his B.S. in Zoology and his Ph.D. in Zoology/Neurobiology from the University of Bristol, U.K. 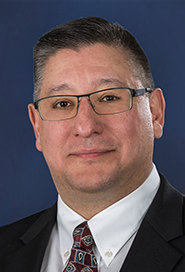 Peter S. Carbone has been Senior Vice President, Quality, since February 2019. Mr. Carbone leads Acorda’s Quality Assurance and Quality Control departments and manages all company-wide quality initiatives including the Quality Management System. In addition, he and his team develop and maintain quality programs to ensure Acorda’s compliance with guidelines of the U.S. Food and Drug Administration (FDA) and other world-wide health authorities. Mr. Carbone manages teams in Acorda’s Ardsley, New York headquarters and its Boston, Massachusetts manufacturing and development facilities.

Mr. Carbone has over 30 years of pharmaceutical and industry experience in engineering, quality and technical management. Previously, he was the Vice President of Quality Solids Americas & Special Technologies at Novartis, responsible for the oversight of eight manufacturing facilities in North and South America and Europe, and for commercial Quality for all Sandoz products distributed in the US. Prior to joining Novartis, Mr. Carbone spent over two decades in a variety of roles of increasing seniority at a number of pharmaceutical companies, including Allergan, where he was the Vice President of Biologics Quality, and Amgen, where he was the Executive Director of Corporate Quality-Validation.

Mr. Carbone has a B.S. in Chemical Engineering from Rensselaer Polytechnic Institute. He is a previous member of the ISPE International Board of Directors, the ISPE Quality Metrics Steering Committee and PhRMA GQMC. 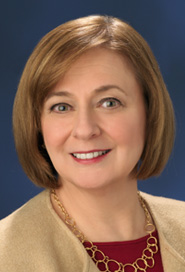 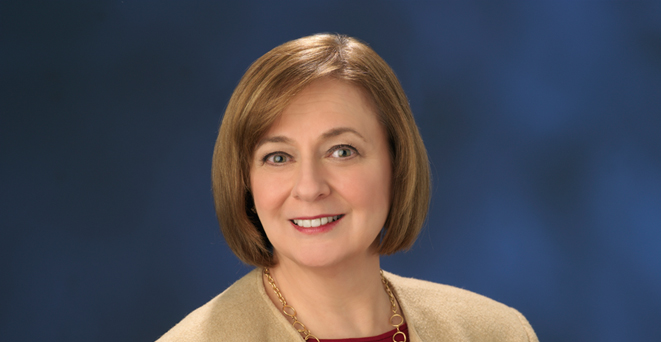 Denise Duca, Ed.M. has been Executive Vice President of Human Resources at Acorda since January 2015. She has held leadership positions of increasing responsibility in our HR department since 2002. Andrew Mayer, J.D., has been Senior Vice President since May 2019, Deputy General Counsel since November 2019, and Corporate Secretary since January 2020. Mr. Mayer is head of Acorda’s Legal department and works closely with our CEO and Board of Directors on corporate governance matters. Prior to his current role, since joining Acorda in 2010 Mr. Mayer held various positions of increasing responsibility in the Legal department, focusing on his core areas of expertise including public disclosure, corporate governance, executive compensation, strategic transactions, and corporate finance, and taking on additional responsibilities overseeing employment, real estate, information technology, manufacturing and supply and other matters.

Mr. Mayer’s legal career has spanned three decades. Prior to joining Acorda, he was a corporate lawyer for more than nine years at Applied Biosystems/Celera Genomics, an NYSE-listed company which was the leading worldwide provider of genetic analysis products and the first company to sequence a complete human genome. In this role, Mr. Mayer was responsible for public disclosure, executive compensation, mergers and acquisitions and corporate finance transactions, among other matters. Mr. Mayer also played a key role in corporate governance, leading to his appointment by the board as Assistant Secretary. Prior to that, for almost 10 years, he worked in the corporate law department at Paul Hastings, a leading international law firm, handling a wide array of M&A, joint venture, investment, finance, commercial and other transactions. During his tenure at Paul Hastings, Mr. Mayer gained additional experience during secondments to firm clients, including a position at General Electric’s headquarters handling mergers and acquisitions.

Mr. Mayer received his B.S. in Computer Science from Duke University, and his J.D. from Georgetown University Law Center. 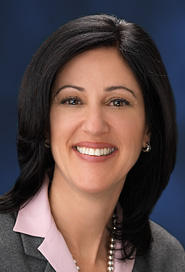 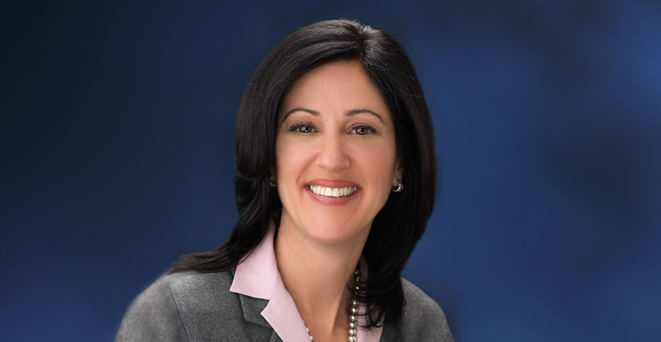 Lauren Sabella has been Chief Commercial Officer at Acorda since February 2015. Ms. Sabella joined Acorda in 2010 as Executive Vice President of Commercial Development, with responsibility for the commercial launch of Ampyra (dalfampridine), including Marketing, Sales, Market Access, Trade Relations and Commercial Operations.

Before joining Acorda, Ms. Sabella was the Founder and Principal of Tugboat Consulting Group, an independent consulting practice assisting companies in the commercialization process. Ms. Sabella also served as Corporate Officer and Vice President of Commercial Development at Altus Pharmaceuticals, with responsibility for all aspects of commercialization. Prior to joining Altus, Ms. Sabella was employed by Boehringer Ingelheim Pharmaceuticals for 18 years in positions of increasing responsibility. In her last role, she served as Vice President of Sales, Eastern Zone, where she led the successful sales launch of Spiriva® (tiotropium bromide) and ran both Primary Care and Specialty Divisions, including Neurology, Urology and Cardio/Pulmonary. Prior to this role, she had over ten years of marketing experience where she led several product launches including Mobic® (meloxicam), an NSAID which became a $1 billion brand. Ms. Sabella holds a B.B.A. from Hofstra University. 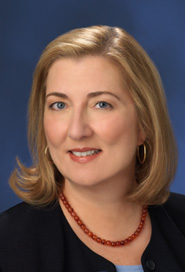 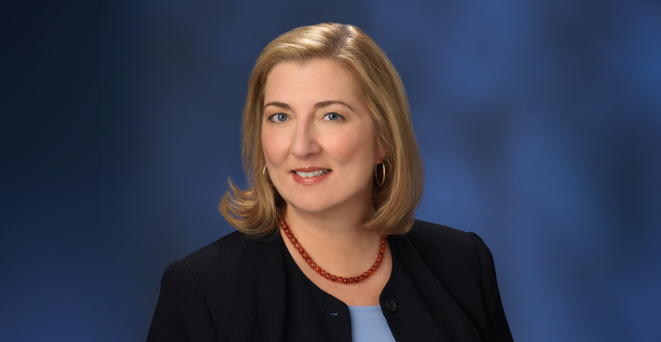 Before joining Acorda Ms. Saccavino had over 15 years’ experience in public relations, marketing, and corporate communications. She was the Manager of Corporate Relations at Adventis, a Boston-based management consulting firm focusing on the media, communications, and telecom industries. In that capacity, she was responsible for public relations, corporate promotions, and executive education programs. She also worked for nine years in a variety of positions at Fidelity Investments. Ms. Saccavino attended the University of Connecticut in Storrs, Connecticut.